A family affair, Lovelady Brewing Company was born out of an ultimatum. According to expert brewer, Richard Lovelady, who learned all aspects of the brewing business as a 20-year veteran of Gordon Biersch. Richard said his wife, Linda, nudged him to follow his longtime dream by opening his own brewery – or move back to Northern California where the two grew up. Fortunately for Henderson beer lovers, Richard made good on his dream and Lovelady Brewing Company was born.

Today, Linda works on back of the house operations alongside Richard, his brothers, Jeff and Jerry, and their son, Max, who is lead brewer. Their combined dedication runs the popular and delicious Lovelady Brewing Company that is now a staple on Water Street. Enveloped by a comfortable and welcoming vibe, craft beer enthusiasts flock to the brewery as much for its delectable brews as the good, solid company of its taproom.

Richard started making beer – affectionately dubbed “Dick and Bob’s Brew” – with his twin brother in his family’s garage as teenagers. But only, of course, when Mom was out of town. With a science degree from the University of California at Berkeley, he headed to Europe where he earned a master’s degree in international business, eventually ending up at brewing school in Davis, California.

The couple, who moved with their son to Henderson in 1997 when Richard started work with Gordon Biersch, has deep local ties with the community. Richard’s grandmother lived in Henderson and taught school at Basic High. He remembers the vibrancy of Water Street when he made frequent visits here as a child decades ago. And that’s just a small part of Lovelady’s “Outrageously Local” slogan that embodies the Brewery’s symbiotic relationship with the community. Through its support of local charities, hosted events and its comfortable, welcoming environment, Lovelady is truly “outrageously local.”

With help from the City of Henderson and a return to his family’s roots, the decision to open a brewery on Water Street was easy. On April 1, 2016, Lovelady Brewing Company, opened its doors. Richard and Linda, who appreciate the small-town friendliness of the area, also enjoy being part of the small but mighty group of retailing pioneers who are helping Water Street return to its original glory. Stop by for beer – you won’t regret it. 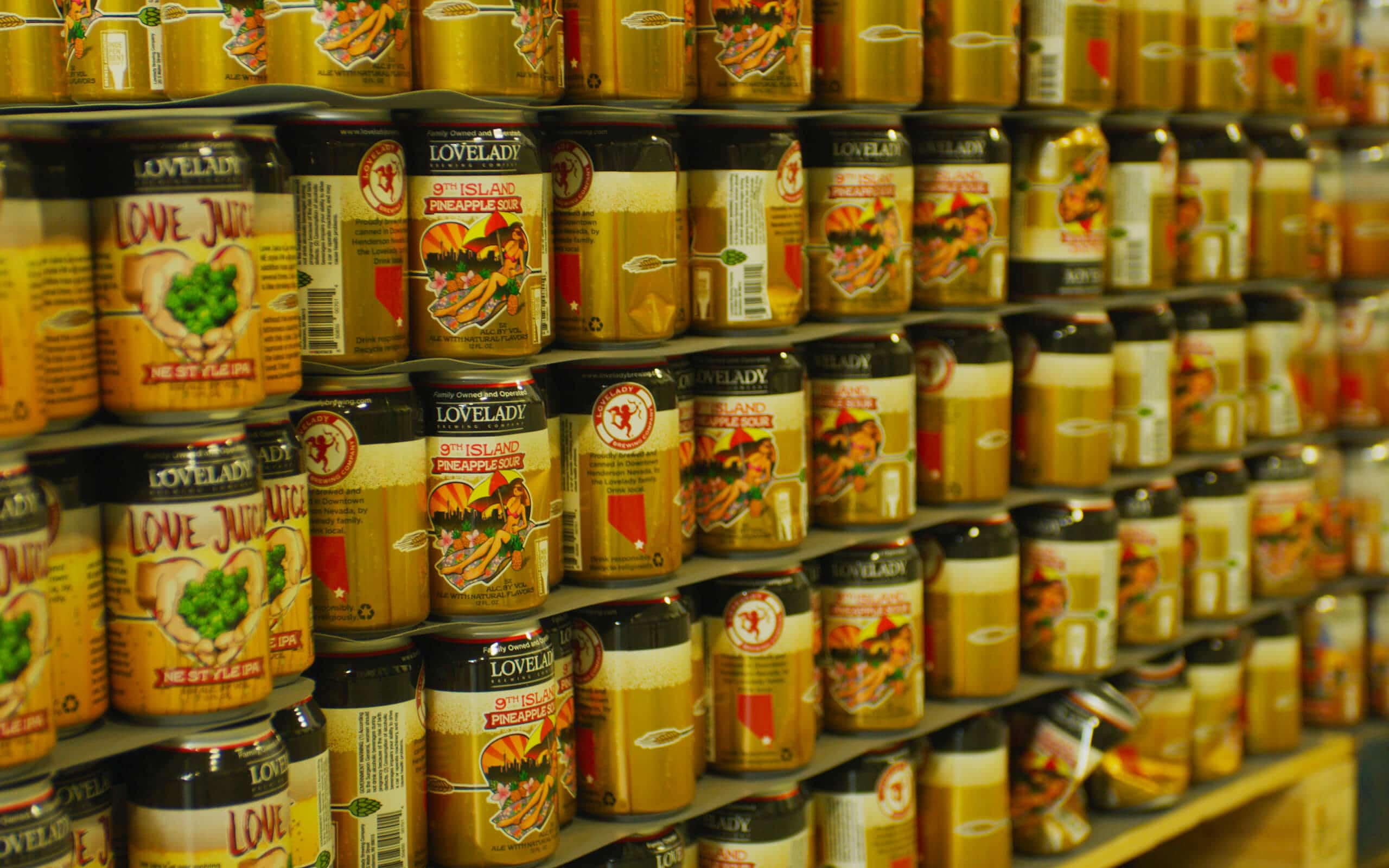 Get crafty with Lovelady Brewing Company